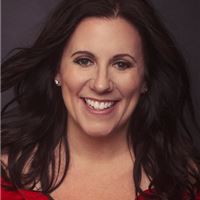 For children being raised in a dual-custody situation, few things are as traumatic as a mobility application, which starts after one parent announces the intention to move and take the children with them, Fredericton family lawyer Jennifer Donovan tells AdvocateDaily.com.

“These things tend to have imperfect timing and can be a complete disruption to a child’s life,” says Donovan, principal of J. Donovan Law Group.

She says these applications arise if one custodial parent plans to move to another city, province or continent, usually for career or family reasons.

If parents want the children to come with them, Donovan says they have to file a mobility application with the court explaining why the new custodial arrangement will benefit the children.

“Any time you are in court discussing child custody and access, the sole test is what is in the best interest of the child,” she says.

“Parents can move where they want, but if your child is a minor, the court has jurisdiction,” Donovan says. “It has the power to say, ‘You can move, but your child is not going with you.’”

“If you are arguing mobility anywhere in Canada, you are dissecting this landmark case,” she says.

“The Supreme Court recognized that this is such an important issue to families, that they needed to take the time to make a judicial analysis of the issue,” Donovan says. “The court wanted to help judges across the country properly deal with this pivotal issue.”

Every mobility application is unique, due to factors such as the age of the children and the previous custodial arrangement, she says.

If children in custody are over the age of seven at the time of the application, Donovan says a Voice of the Child assessment is often done, with a third-party professional talking to the child privately about the family situation.

“They don’t say, ‘Do you want to move with your mom?’” she says. “Instead, they will use a roundabout way to find out what the child is thinking about the proposed custodial changes.”

That assessment is then submitted as evidence in the mobility application, Donovan says, though the judge is not bound to follow the wishes of the child.

“We have a saying in family law — the child has a voice, but not a choice,” she says.

Though not determinative, Donovan says the Voice of the Child report could sway the judge’s decision.

“If the child wants to go with the parent that’s moving, and the reasons for that are valid, the other parent has to be ready for that outcome,” she says.

Parents who file mobility applications need to inform the other parent as soon as possible, either verbally or through a lawyer, Donovan says.

If the other parent wants to oppose the application, she says legal counsel should be immediately consulted to start the process.

Mobility applications are increasing across the country, thanks to job relocations and the fragmentation of family relationships, she says.

“People are living their lives more fluidly,” Donovan says. “They are more willing to move if that advances their career, or if a different place provides more for their family.”

Those launching or opposing a mobility application must be prepared for a “difficult and expensive process,” she warns.

Donovan says the last case she was involved in included 10 days of trial, spread over eight months.

“In 14 years, I’ve never been able to privately settle a mobility case,” she says. “They are almost impossible to reach agreement on, and have to be done through litigation each time.”